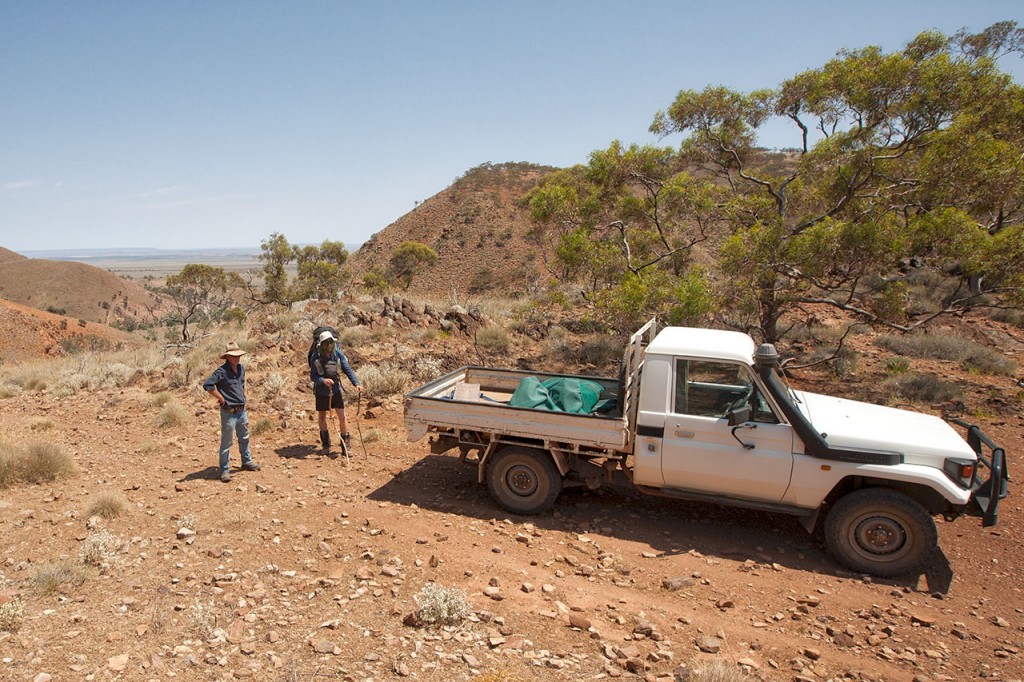 Just the other day I visited Wilkatana Station to discuss developing a website for Andrew and Rachel. With a warm welcome, they introduced themselves and young William (the Wilkatana Kid). After a quick coffee we jumped in the ute to have a look around.

First stop was the woolshed, the shearers quarters for which are much better than lots that I’ve seen in my years knocking around the bush. Of course with non-shearing guests, it’s probably a good idea to be a bit “flash”. 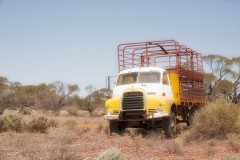 Dreaming of times past

Actually, the rooms are newly renovated with floating floors and simple but practical furniture, each room is air-conditioned and has a couple of single beds. A nice touch is the hat/coat racks made from old insulators recovered from the old phone line that Santos put in when they were exploring for oil in the fifties. It ran down to Port Augusta fixed along the top of a fence.

The kitchen, dining room and ablution block are typical of the average sheep station and for me, there is a certain nostalgia in seeing this again as over thirty years ago the first place I worked after leaving home was Erudina Station, about 200 km to the north-east, on the other side of the Flinders. As I said they are “typical”, functional, practical, clean and tidy. You DON’T want to get the shearer’s cook offside!

From here we drove to the salt lakes which create a chain of “ponds” between Lake Torrens to the north and the Spencer Gulf to the south. Probably why the sea is so salty, when it does rain I’m guessing that the water that flows through here might be better for seasoning soup than brewing tea!

This area is bordered by quite large sandhills and what doesn’t like exploring them. Further to the west, you can see tablelands which typically are rocky and covered in gibber. From the tops of a couple of the sandhills, you can look back and see the Flinders Ranges, which on this western side rise abruptly as a rugged and ancient backdrop to the station. 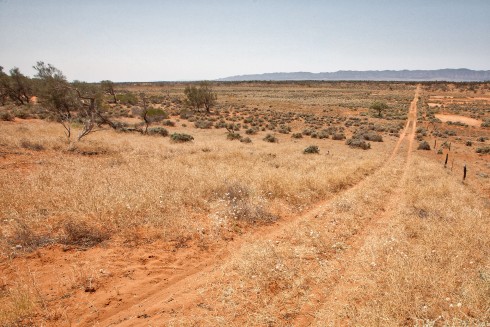 An interesting feature that Andrew pointed out on the way back is the alluvial fan just to the north of the homestead, emanating from the ranges. The Flinders Ranges is a geological treasure trove and learning about features like this, which I’d never heard of, just reinforces that fact for me. It made me look at other parts of the country armed with new information to make sense of what I see.

Although photographing in the middle of the day I could see the potential of a re-visit in the evening and early morning for another photography session.

We toodled back to the station, dropped Rachel and William off and then Andrew took me for a quick run into the hills just behind Depot Creek. We drove up the first steep climb passing a bushwalker just near the top, this piece of track forms part of the Heysen Trail. We stopped in the first saddle, from which you can see into the hinterland and Mount White which is on the same “spine” as Mount Arden, which about 9 or so kilometres to the north.

So who did we bump into?

We stopped and waited for the bushwalker for a yarn. In full kit, he seemed to be on a serious trek. Turns out Dan March-Feltham had left his Adelaide Hills home and started the Heysen Trail nearly six weeks earlier at Cape Jervis. He expected to reach Parachilna Gorge, the top end of the Heysen Trail in a couple of weeks more. 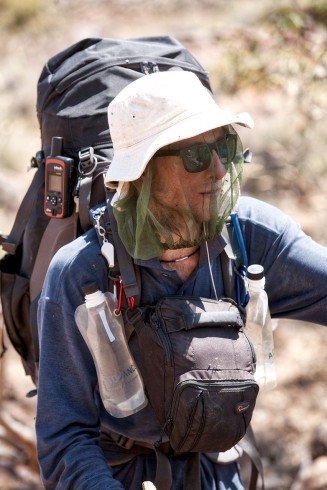 Carrying a week’s worth of food at a time, mostly home-made, dehydrated spaghetti bolognese, which he’d pre-arranged delivery to strategic points along the way. This was supplemented by the odd pub meal along the way. Dan was doing something that, at times, he questioned the sanity of, especially by this point when his legs were starting to say ”enough”. I didn’t question it at all and both Andrew and I reassured him that challenges like that are the sort of things that make life interesting and give you a sense of achievement that only make a “gap year” such a worthwhile thing to take. He reckoned that we weren’t the first to say that and so at least Dan won’t be saying “I wish I’d done…”

The trail is named after Sir Hans Heysen, possibly South Australia’s most recognised artist. Certainly, his depictions of the great gum trees of the Mount Lofty and Flinders Ranges made him so.

After wishing Dan “safe travels” we bumped back down to the foothills and back to the station homestead, on the way disturbing a massive red kangaroo who bounded across our path. Then from a distance, we spotted the ostrich that has taken up residence on Wilkatana. Formerly one of many he (or she) is an escapee from the ostrich farm that was set up on the neighbouring Emeroo Station, but no longer operates.

The short day trip out to Wilkatana has given me an insight into the variety of landscapes available to a photographer or painter and the diversity of habitats for the bird watcher or natural history buff. Combine this with the pastoral history and infrastructure that allows a visitor an insight to “station life”, Wilkatana offers a great place to come that is accessible yet feels remote.

Truly worth a visit.